Turmeric, one of nature’s miraculous ingredients, has been used in India as a therapeutic agent since the ancient times. Loaded with immense health benefits, including turmeric in diet plans is a great way to reap the therapeutic properties of this amazing spice.

Scientists have conducted numerous studies that suggest curcumin, the main component in turmeric, is responsible for its remarkable healing properties. These health benefits of turmeric include enhanced immune system, reduced inflammatory response, and better liver function.

This therapeutic spice with its versatile healing properties can help restore equilibrium in over-stressed individuals. Owing to its powerful antibacterial, antiviral, anti-inflammatory and antioxidant effects, it is an essential ingredient in the preparation of numerous healing recipes.

However, professional guidance is recommended when considering a turmeric supplement to ensure a safe, effective, and rapid recovery process, especially if you have adrenal fatigue.

Turmeric is a bright yellow spice obtained from the roots and rhizome of the Curcuma longa plant of the ginger family. Also referred to as Indian saffron or turmeric root, the spice is largely cultivated in India, Africa, and other parts of Asia.

In India, turmeric has been held a prominent position in various religious practices since the ancient times. Asian culture realized the therapeutic properties of turmeric long ago. This powerful healing spice has been used for thousands of years. Due to its extensive restorative properties, turmeric has been used in the preparation of ancient Ayurvedic medicine and Chinese medicine to alleviate health ailments including arthritis, pain, asthma, indigestion, and irregular periods. Turmeric is also used as a natural remedy to correct infertility, stomach ulcers, liver disorders, cancer, gallstones, and skin conditions such as psoriasis.

At first sight, you may easily mistake fresh turmeric for ginger root, as they closely resemble each other. But when you cut open fresh turmeric, it is bright yellow inside with a mild aroma and a bitter, savory flavor. The presence of a compound known as curcumin gives turmeric its distinctive yellow color and incredible therapeutic properties.

Fresh turmeric roots have a shorter shelf life than ginger. Hence they are boiled and dried for an increased shelf life. Dried turmeric is further ground to produce the turmeric powder that is widely used in Asian cuisine and in the preparation of tea, capsules, natural medicines, and beauty products. Turmeric is also used as a natural food coloring and clothing dye.

Years of scientific studies prove the natural therapeutic properties of turmeric. It is:

In addition to functioning as a natural remedy for various health ailments, turmeric proves valuable especially in overstressed and fatigued individuals. Frequently experiencing extreme fatigue along with other symptoms such as anxiety, brain fog, irritation, insomnia, difficulty in waking up, low energy levels, stubborn weight gain, and a decrease in appetite can be due to Adrenal Fatigue Syndrome (AFS).

When compared to modern medicines, which often have adverse effects on health, turmeric can do much to help restore the body’s equilibrium. One of the best ways to reap the benefits of this spice is to include turmeric in diet plans every day in click this site.

In AFS, the body finds it extremely difficult to deal with day to day stress. The NeuroEndoMetabolic (NEM) Stress Response of your body is a natural defensive mechanism that helps fight stress. When your body detects stress, the HPA axis signals your adrenal glands to secrete the anti-stress hormone, cortisol. However, continuous stress exerts additional pressure on your adrenals to secrete more cortisol. In this process, your adrenals become overburdened, lowering the amount of cortisol your body can secrete, and eventually reducing your body’s ability to manage stress. This can leave you feeling extremely fatigued. The other systems of your body are also disturbed.

Curcumin in turmeric works as an effective anti-stress agent. It has the ability to regulate the activity of neurotransmitters and produce a favorable effect on the HPA axis, helping to reduce stress and anxiety. HPA axis is a complex communication network between your hypothalamus, pituitary gland, and adrenal gland. It regulates your stress levels, mood, digestion, and vital hormone secretion.

Researchers have conducted a study to ascertain the result of curcumin on animals. The study suggests that curcumin can produce antidepressant and anti-stress effects in animals.

People with AFS tend to have a weak body and poor immune system. Including turmeric in diet enhances your immune system. Curcumin in turmeric possesses powerful antioxidant and anti-inflammatory properties. Recent studies also suggest curcumin is an immunomodulatory agent. As a great immune system booster, curcumin could have a significant role in providing relief for adrenal fatigue, as well as from various immune disorders such as asthma, arthritis, psoriasis, and allergies. Curcumin, when taken in low doses can help enhance antibody responses. 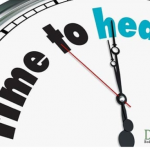 Who is Affected by Adrenal Fatigue Syndrome? 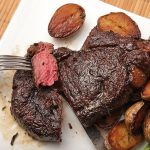 Is Bison Meat Nutritious and Healthy For You? 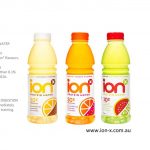